“In case of fire, use stairs unless otherwise instructed.” It’s one of those phrases that we see so often that it’s sort of become second nature. However, in the next few years, the Fire, Buildings, and City Planning departments in New York City, will be instructing otherwise. There are several pieces of legislation in the… Read more »

Fire codes are an important part of fire safety for both home and business owners, and new laws continually affect these regulations and how they are implemented. Recently, marijuana was legalized for recreational use in Colorado, which led to several new challenges for the Denver Fire Department. And while the drug is legal at a… Read more »

At John Michael Agosti & Associates, we’re always on the lookout for interesting and noteworthy stories involving firefighters. But recently in Boston, the city’s fire department was called upon to deal with something a little colder than your average fire. Yes, instead of putting out a fire, the department was tasked with getting rid of… Read more »

Recently, The Detroit News researched the amount of arson cases that took place in the Detroit area between 2010 and 2013. While the results don’t include incidents of arson that happened in the last year, the study still provides a pretty accurate look at the current situation in the city. Reporters for the paper found… Read more »

Any time a life is loss it is a tragedy, but that is especially true when a child is taken from a family and the rest of the world. Sadly, that’s what happened in early February when a University City, Missouri house fire claimed three lives. Among the victims were 6-year-old Kaliyah Dunger and her… Read more »

Fire marshals often perform fire code inspections without announcement. While violations can incur a fine if left uncorrected, they can also have property damaging or even fatal ramifications. John Michael Agosti & Associates are here to determine which codes may have caused a fire in the aftermath, but here are some of the most common… Read more » 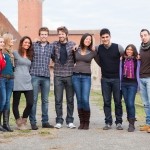 There are some neighborhoods and communities where arson is more of a problem than in others, but whether or not there have ever been any incidents of arson in your area, there are things you can do to help prevent it in the future. Arson can destroy homes, businesses, vehicles, and more. But more importantly,… Read more » 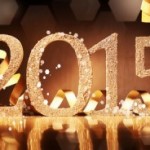 Most people in the world cannot even imagine purposefully setting fire to someone’s home or vehicle, and that is fortunate for all of us. But did you know that there are actually several reasons why people commit arson? Of course, none of these reasons are good or make the crime excusable, but understanding why people… Read more » 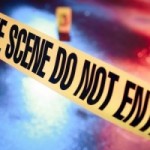 Some people often forget that an Arson scene is also a crime scene. This is largely because at the start of the fire, people aren’t caring about preserving evidence as they are about preserving lives, or things they own. This of course is what you should follow though, when a fire strikes your home or… Read more » 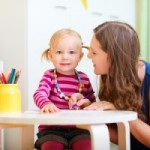 Here at the John Michael Agosti & Associates blog, we’re always working hard to make sure that you and your family are safe at home. It’s easier to properly identify a case of arson if it’s clear that the proper fire precautions have been put into place.   This is especially important for parents who… Read more »