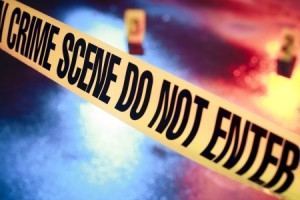 Some people often forget that an Arson scene is also a crime scene. This is largely because at the start of the fire, people aren’t caring about preserving evidence as they are about preserving lives, or things they own. This of course is what you should follow though, when a fire strikes your home or anywhere you are, preservation of life is always number one, then comes objects, valuables, and evidence.

The problem with preserving evidence with an arson case though is that the fire does a lot of the work in making it rather difficult to keep evidence around. Plenty of things burn up, but luckily it does leave a trail. In almost all cases, an arson investigator or fire fighter can tell where the fire originally started, but not always how or when or what caused it. Each of those other questions requires analyzing the information and objects that are left over after the fire has been handled.

Burn and scorch patterns can help us discover if accelerants were used, or how hot the fire was burning to help determine what kinds of chemicals might have been burning. This means, if you are a first responder to a fire scene, what you see as the fire occurs can be crucial information to an investigator later on. So pay attention to everything you can, like how the fire is moving, from where, what the burn patterns look like, the color of the fire and smell, as well as how the fire is traveling.

All of these various things to pay attention to are not just for investigators later on, the biggest thing that catches people with fires is not paying attention. They’ll see smoke coming from under a door and yet still open the door into a backdraft. This is for your safety as much as it is for preserving and observing evidence.

If you’d like an in depth look at how you should handle the first response of an arson scene you can find more from the national institute of justice. By knowing this information you may not only help an investigator but save lives because of the knowledge and expertise you had around a fire scene. So take the time to learn.